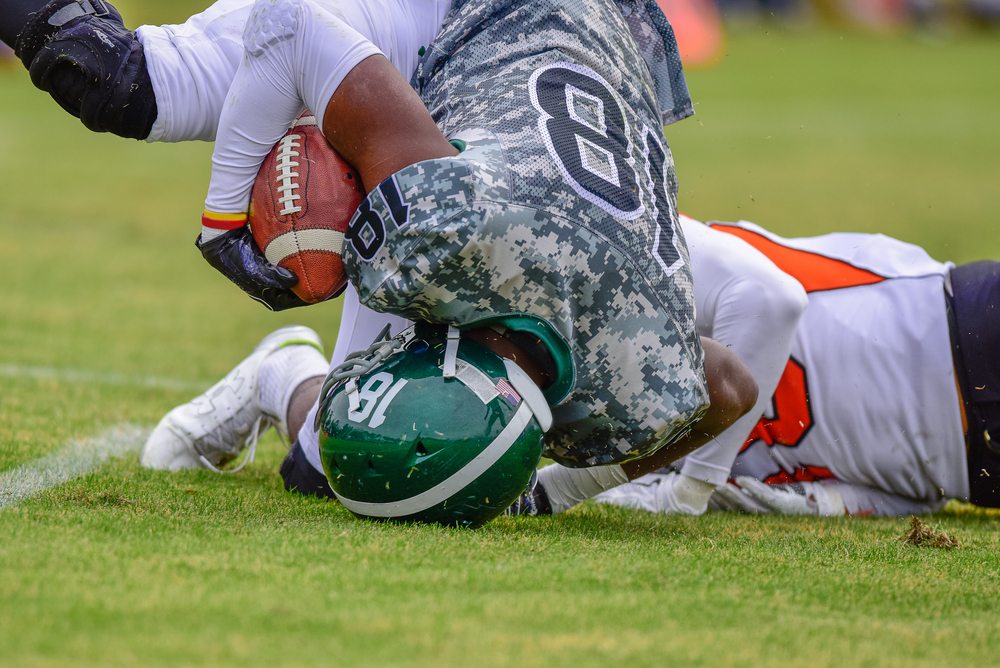 A current hot topic in the medical and professional sports communities are concussions. According to the CDC, “a concussion is a type of traumatic brain injury-or TBI- caused by a bump, blow, or jolt to the head or by a hit to the body that causes the head and brain to move rapidly back and forth” (CDC.gov). This rapid movement can cause the brain to shift around in the skull, thus creating a variety of symptoms that can disrupt normal function.
A concussion can present different symptoms depending on the severity and location of the impact. Some of the common symptoms reported by the concussed individual are headaches, neck pain, nausea, vomiting, balance problems, feeling bothered by light or noise, and memory problems. Some symptoms that are often observed by other individuals such as a parent, coach, or medical professional include appearing dazed and confused, loss of consciousness, forgetting instructions, moving around in a more clumsy manner, and mood changes.

If your child or athlete has sustained any fall or hit to the head, neck, or back, it is crucial to remove them from play immediately and keep them out until they can be assessed by a medical professional. It should also be stated that while there are statistics out there that deem one sport more dangerous than another, all sports are inherently dangerous and pose some risk of injury. A concussion can also accidentally be sustained at home or at work, while performing normal activities. These injuries, wether they occur on or off the field, should not be taken lightly. While most symptoms will present themselves very soon after the injury, it’s always possible that they will continue to get worse as the hours and days go on. Some symptoms may only last a few days, while some more severe concussions can create symptoms that last for over a month. The concussed individual should be evaluated as soon as possible, whether it’s at an urgent care, emergency room, or primary care physician’s office. Only a medical professional can and should recommend the appropriate plan of care.

One big reason that concussions have been brought to the forefront of public awareness is because of the increase in prevalence across several sports, ages, and levels of play. Another is the fact that they are constantly being discussed in the media. In 2015, the movie “Consussion” starring Will Smith, stirred up some heated discussion, and in 2017 a study published by the medical journal, JAMA, only raised more concern. In this study, researchers discovered that CTE, chronic traumatic encephalopathy, was found in 99% of deceased NFL players autopsied brains. The study defines CTE as “a progressive neurodegeneration associated with repetitive head trauma” (jamanetwork.com). In short, this study suggested that repetitive head injuries sustained over many years can lead to more severe neurological pathologies as an individual ages. Other factors that can affect this liklihood include level of play, as the athletes who played professionally were more likely to develop CTE and other neurological diseases than those who had only played through college or high school, for example. While that’s not to say NFL players will almost certainly develop CTE as a result of playing professional football, the study did find a correlation that cannot be ignored.
When the movie came out and the study went viral, the NFL was under scrutiny for not having harsher restrictions in preceding years for players that had sustained head injuries during practice or games. In response to all this scrutiny, the NFL formally implemented significant modifications and new concussion protocols for players in December of 2017. While this isn’t sole solution to solve the entire problem, it is without a doubt a step in the right direction. They are paving the way, and other professional and collegiate programs are trying to learn and follow in their footsteps to create a safer environment for all athletes alike.
In sum, concussions are an injury that should be taken very seriously, especially if this isn’t the individuals first one. You should not assume that the symptoms will just “get better” on their own. It is the responsibility of coaches, athletes, parents, and medical professional alike to be educated on proper concussion protocols and be able to implement them appropriately. Luckily, our providers at OC Sports & Rehab specialize in concussion rehabilitation therapy, so if you or a loved one has sustained a concussion, stop by and see us today! Check out our website at ocsportsandrehab.com for more information.
OC Sports and Rehab
949.716.5050
Share
How to Rock CrossFit and Stay Injury FreePrevious Post
Lymphedema TreatmentNext Post