What is IT Band Syndrome and How Can it Be Treated?

What is IT Band Syndrome and How Can it Be Treated? 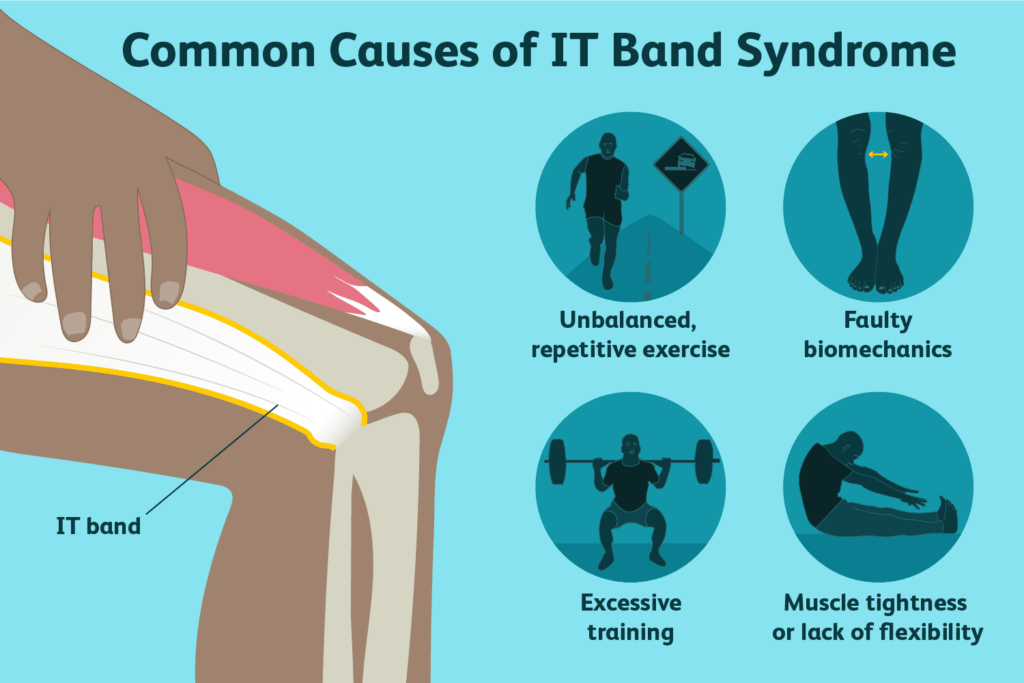 The IT Band, also known as the iliotibial band, is a tough fibrous tissue on the outside of the leg. It extends from the hip all the way down to the knee. IT Band Syndrome or IT Band Tendinitis are terms used to describe problems with the IT Band.

IT Band tendinitis or syndrome does not appear suddenly, despite how it may appear. You will not fall down the stairs and then have IT Band syndrome the next day. It takes time to grow, and you will most likely overlook the early warning signs. It usually begins with a pang of pain on the outside of the knee. However, this niggle can be overlooked. And ignoring it gives it time to worsen and become more irritated. Ignoring it does not make it go away; in fact, it makes it worse.

The discomfort in the knee eventually becomes unbearable and cannot be ignored. You may be unable to run, climb stairs, cycle, or walk without limping. When the pain is strong enough, it can lead you to stop in your tracks. The issue is that if you go to your doctor and they do an X-Ray or an MRI, there is no problem that will show up on any of these that is related to IT Band Syndrome; you need someone like a physical therapist to feel the muscles to confirm that it is indeed IT Band syndrome.

What Causes IT Band Tendinitis?

How Can IT Band Syndrome Be Treated?

Contact one of our trained physical therapists to learn more about treating IT Band Syndrome.